Women’s Place in the World of Digital Transformation

The employment rate is not in favour of women – 38.4 percent compared to almost 60 percent for men, it was pointed out at the third panel at the three-day conference Skills4futureWeek

Women make up more of the informal economy or black market labour, as much as 32.5 percent; their percentage on the labour market is 40.7, while men comprise 59.3 percent. Employment rates are also unfavourable for women – 38.4 percent compared to almost 60 percent for men. Gender differences are present in traditional industries, where certain principles have been set in the past. More women work in some traditional industries, such as textile, but are less present in the electrical sector…

Many other facts are not in favour of gender equality. The representation of women in the digital revolution, where opportunities are great for anyone, was the topic of discussion at the third panel at the three-day Skills4futureWeek conference, organized by UNDP.

Elena Grozdanova, secretary of state for gender equality in the Ministry of Labour and Social Policy, told the panel that the department for equal opportunities was established in 2007. It is developing policies that should promote the status of women in the country. She pointed out that they work on the plan to improve women’s position in all spheres in a transparent and open manner, with the engagement of civil society organizations and international organizations, and the results are good.

-We cannot forget the fact which is, unfortunately, one of the reasons for the abovementioned figures – stereotypes and assigning female and male occupations since birth. But our country is not the only one in the region, in Europe and beyond in this respect. These are the reasons for women being less involved in areas or occupations such as information technology, technology, science, etc. That is why all of us together should make something from the moment children are born and from the time they are included in the education process. Until recently there were illustrations showing stereotypical tasks for girls and boys. Other outside factors also influence girls’ and women’s’ confidence to join these sectors – Grozdanova said.

She explained that before Covid-19 the European Institute for Gender Equality in Vilnius made an analysis for EU member states. The analysis showed that in EU countries the number of girls who want to work in these occupations is also much lower.

University professor Nikica Mojsovska-Blazevski, who is also the director of Macedonia 2025, said that only 53 percent of working age women are included in the labour market. Only half of the women able to work are looking for work or are employed. 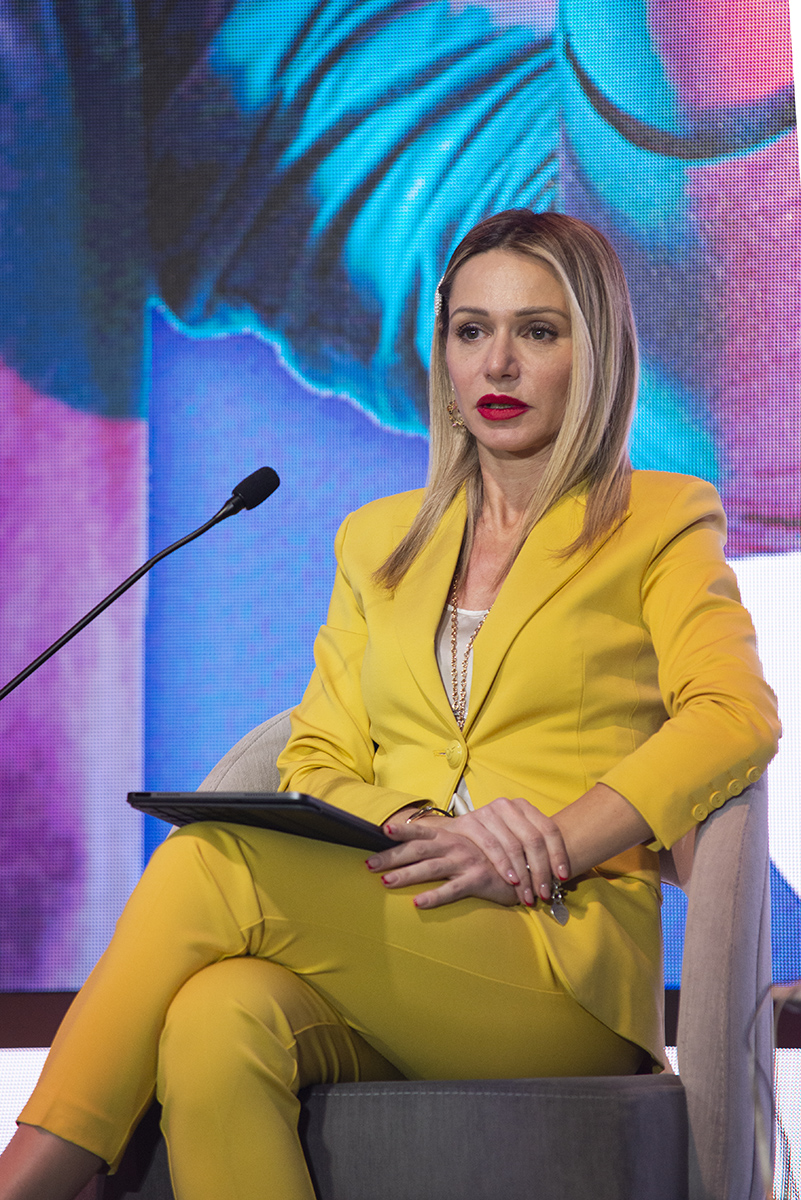 -I see this as a great loss for society. We do not create GDP, we do not produce, because half of the women are outside the labour market. Some research shows that if the number of employed men and women is equal, our GDP will increase by as much as 15 percent. Of the women who enter the labour market, only half are employed, while the other half is looking for work. In our economy we use only one fourth of the available capacity, or the women’s potential to work and produce. This is a huge loss for society and the reason why we should talk about greater participation of women in the labour market – Mojskovska-Blazevski said.

There is inequality in the structure of work, in the wages and the occupations performed by women. Although women are quite represented in the so-called professional positions, there is the phenomenon of a “glass ceiling” which allows women to reach a certain position in their careers, but being promoted to managers and executive directors is very difficult.

-Women are four times less likely than men to start their own business and there are much less women employers. There is a relatively big wage gap of 18 to 19 percent. It is lower than the EU average of 23 percent, but is still there. It is calculated by comparing relatively similar men and women with equal education, same years of work experience, same skills, employed in a similar or the same industry, and the difference in wage is apparent – Mojsoska-Blazevski said.

Nina Angelovska, entrepreneur, president of the E-trade Association and former finance minister, said that the key is for everyone to find the job they like to do and constantly learn and improve. 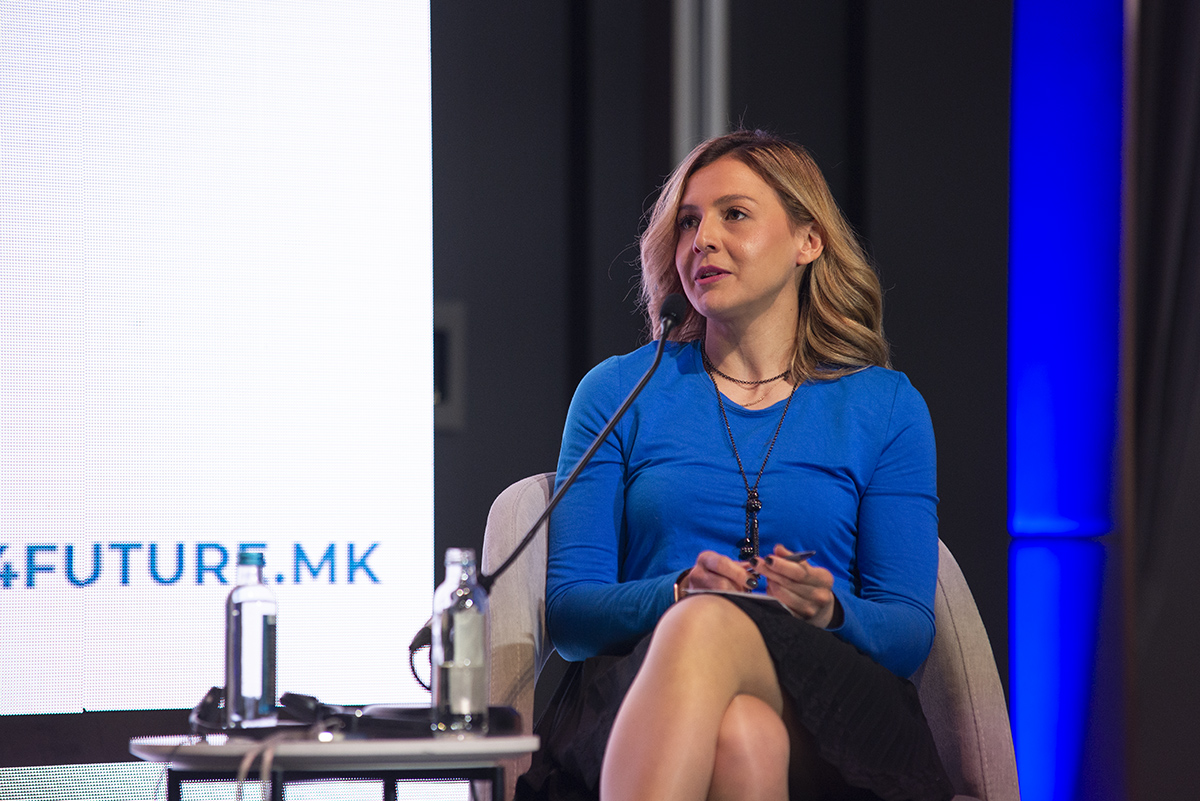 She explained how she managed to take advantage of the opportunities or more precisely, to create opportunities when there weren’t any. In 2011 when they started up with Gruper, e-trade was practically non-existent in Macedonia.

-Debit cards were used only for cash withdrawals. They say that someone can see an opportunity where others don’t and grab it with both hands. I think we were enthusiasts, but were willing to work hard. I did not think that I was sacrificing coffee time or watching TV shows; I was so dedicated that 15 hours at work flew by and I enjoyed it; I enjoyed developing and growing the company – Angelovska said.

She believes that technology can be part of the solution against corruption, for a more equal world, for greater opportunities and equal rights for men and women.

-The digital gap is growing, especially in a crisis. There are many women who do not have sufficient digital skills and cannot work from home. There are many digital platforms and that is why we need to give them digital skills so they can feel independent at any one place and be able to generate their own income. We are not using opportunities because we still have low skills, low awareness and we have to work on this – Angelovska said.

Sanja Bojanic, UNDP Deputy Resident Representative, believes that sometimes we need to get courage and will from the family, particularly when society does not provide this. Thus we can overcome all obstacles. 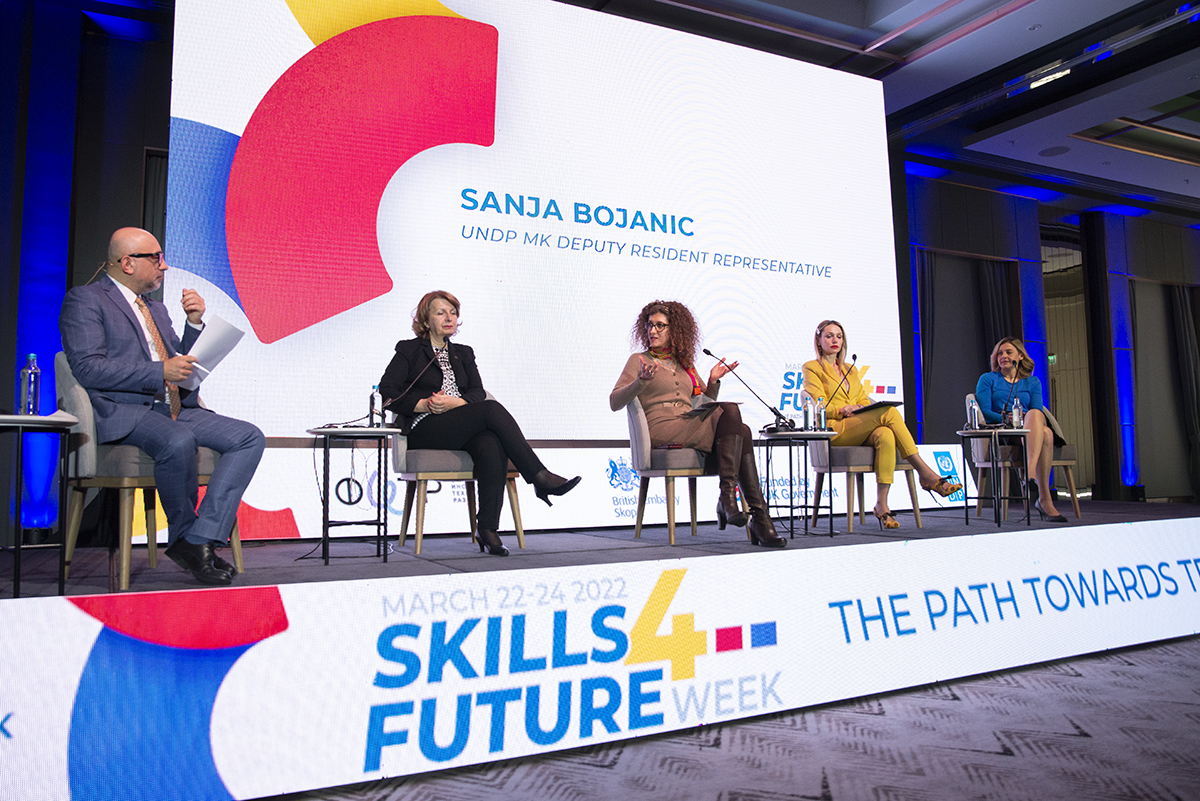 -That is why UNDP is fighting for integration. All of this is linked and each project is of importance, because the change is strong only when all links are linked. As an organization we are trying to identify things that women lack so that we can give them skills that would make them competitive on the market and give them ideas and opportunities to be equal. All UNDP projects are aiming to transform inactive women in Macedonia and make them competitive on the market – Bojanic said at the panel discussion.

The three-day Skills4futureWeek conference is organized by UNDP as part of the Bridging the Skills Gap to Create New and Better Jobs project and will conclude today with two discussions at the SkillsNext Centre in Tetovo.

Smart City concept and its benefits

The Importance of 3D Pattern Modelling in the ...

The importance of soft and digital skills ...